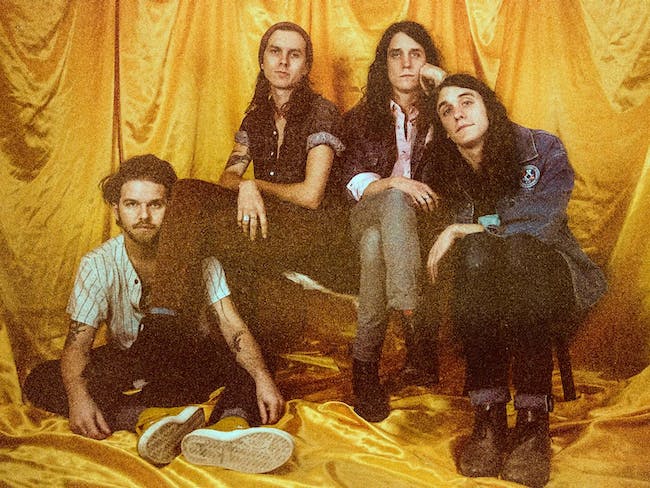 iCal
Google
The Weeks with Lenox Hills at Proud Larry's

The sound of wind through the pines, bare feet brushing through leaves, snapping sticks like the spines of the weak. When we started we were small and strong at heart, five southern souls damned to speak the truth. But with this responsibility comes pain and loss. And as the years passed our numbers grew smaller, and there were four. This did not stop these brave soldiers of thought, keepers of truth. They were older now and their soft footsteps through the forest had grown louder and stronger. Like the dust filled hoof beats of a thousand wild horses, they layer sound like musket fire, their melodies bend and twist like train-tracks. A music shaped from the calloused hands and wrinkled faces of their fathers. They have walked through the fire wide-eyed and crazy, and came out enlightened. You cannot stop these men, your armies can’t cease their hands, dampen this thunder, or silence their tongues. We have trudged through the muddy swamps to freedom. Our shoes are tattered and torn, but our feet are dry. As for our places in history, we will run naked through your streets before we sit decorated in your halls.

With heavy influences of 70's and 90's rock, Lenox Hills produces an exhilarating rock sound that will make you swoon. This Indie-Alternative quartet has been referred to as "a band whose future is to be marked by a wondrous and limitless creativity," as well as one that "romps through a freeform indie rock environment, to a place where their glistening pop-rock tendencies are given license to bloom and reveal infinite possibilities," by respected writer for Nooga.com, Joshua Pickard. Lenox Hills puts on a killer show with loud drums, catchy guitar riffs, and creative vocals. If you see them once, you'll want to see them again. The group is comprised of four artists that all grew up in the same small-town neighborhood of Lenox Hills in Cleveland, TN.