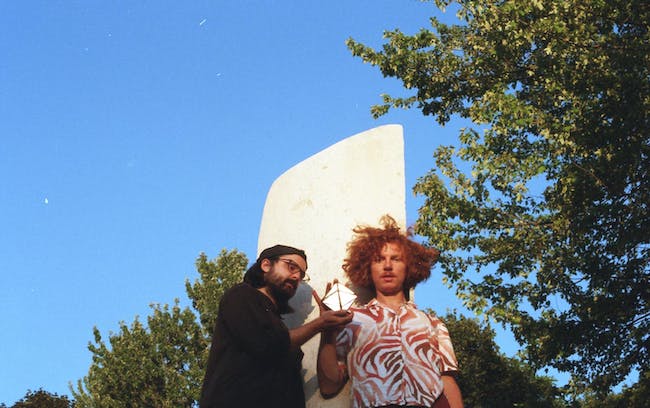 Following the astounding reception of their first EPs German psychedelic electronica trio Sea Moya - currently residing in Montréal, Canada - just recently released their expansive debut album, “Falmenta”. Recorded in a reclusive cabin in the Italian Alps just above Lago Maggiore it is a result of total withdrawal from everyday life, the distraction of technology and any influence from outsiders.

Inspired by a wide-ranging and rather unexpected group of influences Sea Moya present an eclectic mixture of Krautrock, Afrobeat and Electronic Funk music. Filtering analogue instrumentation through tape saturation, modular systems, and a vast array of effect pedals, this psychedelic beat outfit reshapes and cuts up their original ideas, producing their own distinctive sound – which unfolds especially in their live show that they’ve taken on the road extensively - including SXSW, Canada and Europe. You can hear echoes of the multi-instrumental psych of Tame Impala and the easy electronica of Toro Y Moi, just as much as William Onyeabor’s deconstructed African disco or J Dilla’s hazy production.

Sea Moya was formed in summer 2014 in between shipping containers in a German harbor. Current band members are David Schnitzler (Vocals), Elias Foerster (Bass), and Tilman Ruetz (Drums) + a whole lot of synthesizers.