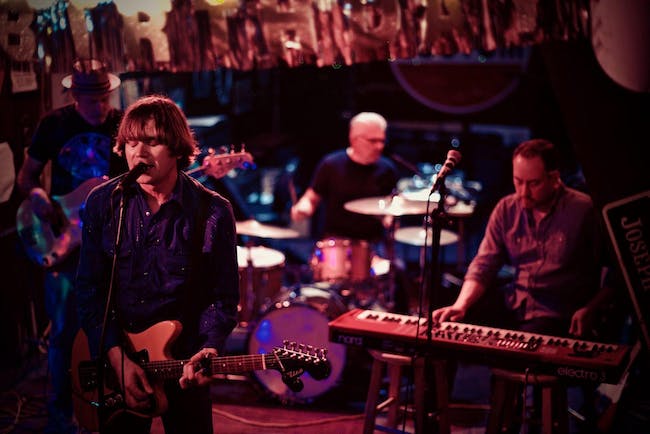 Hailing from a little village close to Gelnhausen, Germany (where the Monks were stationed as GIs and the Ronettes played their last show), Roman Aul has been performing as Redondo Beat since the late 90s. Three full length albums and several 45s have been released featuring songs like “Sharlene”, “Full Moon Child” or “The Spell I’m Under”.

While working mostly alone in his home studio, Aul always had a real rock ‘n’ roll band backing him on stage, touring Europe and the USA extensively. Redondo Beat got to open up for the Monks and tour throughout Europe as Sky Saxon’s (of The Seeds) backing band for a month in 2008, on what would turn out to be Sky’s last tour.

Within the last few years, Aul has spent most of his time in his Living Room Sounds studio, producing “other” artists, or with his “other” band “Roman and the Rosarys” (who recorded their debut album with Jim Diamond).

A new album, Redondo Beat’s 4th, is getting it’s final touches and will hopefully be out soon.

Hazy Eyed Lights is a new musical entity from Oxford, MS. They have a debut self titled EP available wherever music is streamed.