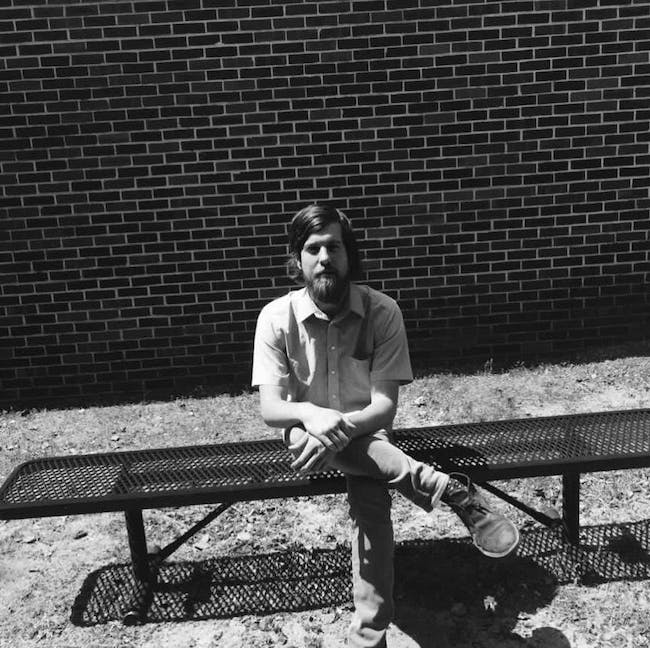 In 2015, after years of lending his guitar talents to area bands in his hometown of Birmingham, Ala., Kyle Kimbrell set out to make a record that showcased his strengths as a songwriter.

He worked and reworked a collection of songs that conveyed the dreams and reservations of a young man ready to step out and give his best to rock ‘n’ roll. The themes he wrestled with were love, gratitude, heartbreak, and the pressure of dealing with the fear and apprehension most artists must face when plying their craft. As he describes it, the project was his own kick to the ass to get up and do something good.

A couple of sessions at Dial Back Sound in Water Valley, Miss. (owned by Matt Patton of The Drive By Truckers and The Dexateens), and working with engineer Bronson Tew and producer Will McCarley, produced the 4-song EP, Lazy Bones – a collection of acoustic driven folk rock tunes built upon backbeat percussion, melodic guitar riffs, and textural washes of pedal steel guitar.

As Kyle explains, “That first record was really about proving to myself that I could write and execute well-structured, lyrically balanced songs, and still follow through with the production side of things to make a record that I’d be proud to hand anyone. But the best part was hearing these songs I’d worked on for so long come to life. I’m really happy with it.”

For his newest EP, Nobody’s Fool, he presents a heavier, grittier side to his songwriting and playing, moving away from the singer-songwriter vibe of Lazy Bones towards a swampier, rock sound.

“I wanted to create songs that I could play live and shake a room,” he says. “I still consider myself a guitar player first, and I wouldn’t be true to myself if I didn’t work to push my songwriting and playing in that direction more. I still love the more acoustic sounds of Lazy Bones, but everything is about balance for me.”

He returned to Dial Back Sound for his newest EP, and the result is a ballsy, guitar-driven romp that nods to early Soundgarden, Neil Young and Crazy Horse and the Rolling Stones’ Muscle Shoals Sound Studio records.

“We spent a few really late nights getting the vibe of this album right,” Kyle says. “I knew what I wanted, and we focused on achieving that amplified swampy sound I love from all those early ‘70s Stones albums.”

Now with two EPs to his credit, Kyle is taking the band out to showcase his talents as a songwriter and performer. “Like all musicians, I’m ready to hit the road and get these songs out there. Playing live is where you get everything you put into your music back. For me, it can be the best part sometimes.”

Nobody’s Fool (2017) and Lazy Bones (2016) are available for streaming on Spotify, Apple Music, Google Music, Amazon, and available for download at CDbaby.com.

William Boyle, Brooklyn author turned Mississippian, writes, “Rogers’ voice sounds like something you’d hear booming from the stage of that place. Shivery, deep, weathered.” Cody Rogers has always been between those two places. The son of a pool hustler turned preacher he grew up in north Mississippi shaped by the duality of biblical fire sweltering like the southern summer and the heavenly moans that shaped the hill country with music and lone neon lights glowing in the blackness of the night.

Rogers fronted Oxford, MS band, The Holy Ghost Electric Show, for six years and during that time learned who he was as a artist and songwriter, with the help of Producer Simone Felice (The Felice Brothers), while exploring the soundscape with the family that made up HGES. Now, Rogers is releasing his first solo album entitled “My Heart is The Most Lonesome Rodeo” coming in 2018. Recorded at Dial Back Sound in Water Valley, MS in a 4 day haze it's unflinching and goes right for the neck using the south as its landscape. “Carry these songs with you…”William Boyle writes, “They’re something to hold up against the doom that’s trying to consume and crush us.”