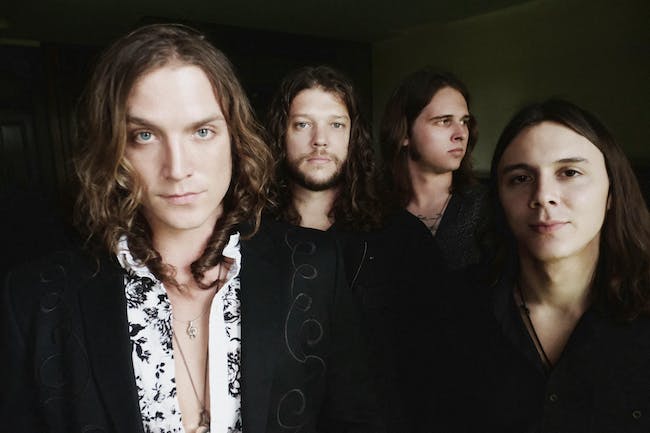 Bishop Gunn of Natchez, Mississippi, is rooted in the history and sounds of their home and the surrounding Delta, and features a blend of rock and roll, soul and blues.

In 2017, the band appeared on Kid Rock’s 8th Annual “Chillin’ the Most Cruise” and was voted the best band on the boat by the “chillers.” The group went on to do commercial film for Southern Comfort in Clarksdale, Mississippi and spend their summer touring. In September, Bishop Gunn took the stage at the Pilgrimage Festival in Franklin, Tennessee alongside artists like Justin Timberlake, Eddie Vedder, Mavis Staples and Gary Clark Jr. The band then played Laid Back Festival dates with Jaimoe’s Jasssz Band, Jimmie Vaughan, The Gregg Allman Band and Lynyrd Skynyrd.

Bishop Gunn released their debut full-length album Natchez in May 2018. They worked on the release with Grammy Award-winning producers Casey Wasner and Mark Neill at legendary FAME Studios and Muscle Shoals Sound Studio, as well as The Purple House in Leiper’s Fork, Tennessee where the band lives and creates in a farmhouse on the outskirts of Nashville. The album, named after the band’s hometown, entered the Billboard charts as the #4 Blues Album and also appeared as #8 on their Heatseekers South Central chart.

Rolling Stone Country featured the band among their “Artists You Need to Know,” asserting “anyone can cite the Muscle Shoals sound as an influence, but few acts can actually pull off making music worthy of such a claim. Nashville band Bishop Gunn is one of those acts...The resulting music is the perfect blend of Nashville and the Shoals, and is the rare album that builds upon its influences rather than resorting to outright mimicry.”

Prior to the release of Natchez, the band was featured at SXSW, played support dates for Blackberry Smoke and was invited for a return appearance on Kid Rock’s 9th Annual “Chillin’ the Most Cruise.” They then spent the rest of 2018 touring in support of the album, including performances at The Peach Fest and The Big House Museum, as well as support dates for The Marcus King Band, Whiskey Myers, Lynyrd Skynyrd, The Outlaws, and Black Stone Cherry. They kicked off 2019 by performing on the Southern Rock Cruise and embarking on a European tour which included support dates with Slash featuring Myles Kennedy and the Conspirators.