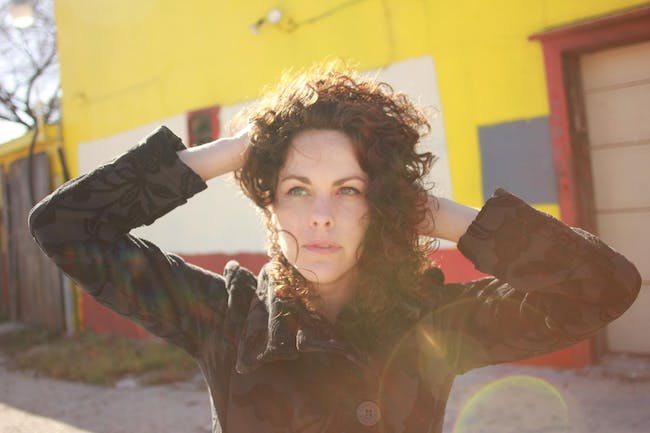 A burgeoning star, Amy LaVere is becoming renowned worldwide for her songwriting, bass playing, and vocals. She sings with a sweet, haunting voice that can turn on a dime from innocent to lusty (“Norah Jones with an added Cyndi Lauper element” — Mojo Magazine; “Spookiness suits her” — New York Times).

Whether playing as a duo with her husband Will Sexton; the full Amy LaVere Band or with retro-country sensation Motel Mirrors, she’s an inventive, thoughtful singer songwriter who has crowds throughout the US and Europe smitten.

Music fans first discovered this “sweet soprano” on 'This World is Not My Home' in 2005, but it was her Jim Dickinson-produced breakout album 'Anchors & Anvils' two years later that put Amy LaVere on the map. 'Hallelujah I’m A Dreamer' was a surprise for fans just nine months after her beautiful album 'Runaway’s Diary', was recorded with LaVere’s husband and noted guitarist Will Sexton. Her new release 'Painting Blue' (out August 16th on Nine Mile Records) captures perfectly the moment that Amy is in. As we’ve come to expect, the record is honest, revealing and sounds like no one by Amy.